The Implications Of Money In Politics

Undoubtedly, money plays an essential role in American politics. Politicians need money to fund legislation, pay interest on debt, and finance campaigns. A result of the Citizen's United Supreme Court ruling, however, many people are claiming that money has become too influential in the realm of politics. Is the use of greenbacks an expression of free speech, or is it eroding our very foundation of democracy?

In the 2013-2014 election cycle alone, House candidates raised well over a billion dollars total. While the majority of the money came from individual donors, approximately a third of the funding originated from Political Action Committees. These private special interest groups, commonly referred to as PACs, funnel money into elections with the purpose of electing or defeating certain candidates.

The Explosion Of Outside Spending

While outside spending had been somewhat subdued leading up to the 21st century, things have changed very rapidly in the last decade. Super-PACs, organizations that cannot fund candidates directly but can spend unlimited sums of money for advocation purposes, have radically transformed the political arena. The rise of these Super-PACs has caused outside spending on elections to skyrocket, reaching its zenith in 2012 with over a billion dollars spent.

The Cost of Winning An Election

Over the years, elections have become increasingly expensive. Factoring in the effect of inflation, successful House candidates today spend approximately double the amount of money that candidates did in 1986. Campaigns' increasing price tags are likely to make politicians more responsive to potential donors, while also making it more difficult for middle class individuals to run for office.

% of Americans that believe when someone gives one million dollars to a Super-PAC...
Sources: today.yougov.com

The vast majority of Americans agree: the purchasing of political favors is a legitimate issue regarding elections and Super-PACs. Three-fourths of the American public agreed that when large sums of money are donated to help elect particular candidates, those funds come with strings attached; the donors want specific kickbacks from the candidate that got them elected. 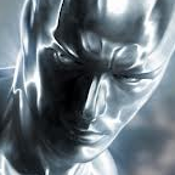 This is perhaps the defining characteristic of our time. While money has always played a part in politics, we have not previously institutionalized its role as the ultimate factor in elections. Left unchanged, we have decided that those with money will choose what is best for our society: justice, taxation, environment, education, security, health, and the thousands of ways government affects us every day. 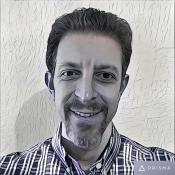 Agree with Jay. The missing piece of data for this article is the study that came out recently (can't remember from which university) showing that there is essentially a zero correlation between public opinion and policies and a high correlation between policy and the opinions of the wealthy.

Here is the Princeton study: 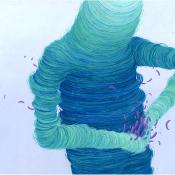